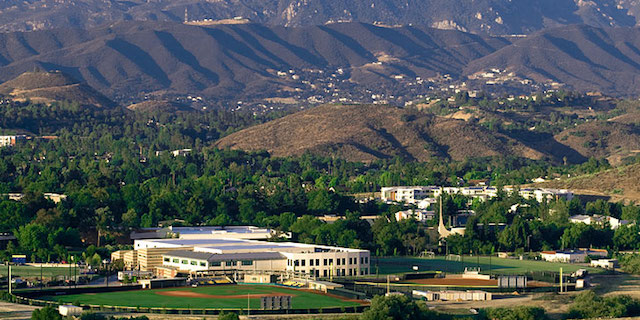 (CLU Magazine) – Civilians trapped in and fleeing from Aleppo, Syria, caught the attention of Cal Lutheran senior Kellie Warren as she finished her degree in English. She looked for ways to help refugees, like donating money and blankets.

When her final semester started in January 2017, she was going to Cal Lutheran events with a petition from Books Not Bombs, an organization dedicated to establishing U.S. scholarships for some of the 200,000 Syrian college students with no place to study. But the campaign hit a major snag when President Trump signed the first travel ban against people from several majority-Muslim countries.

Wanting to move quickly, Warren decided to reach out to the university administration on her own. She wrote an email to President Chris Kimball.

We're here to help. Check out our FAQs or contact us.